The World Health Organization added “gaming disorder” last month to its 11th International Classification of Diseases, but for most professional video gamers and esports players, it’s no big concern.

In a statement in January, the WHO defined gaming disorder as a pattern of behaviour “characterized by impaired control over gaming, increasing priority given to gaming over other activities to the extent that gaming takes precedence over other interests and daily activities, and continuation or escalation of gaming despite the occurrence of negative consequences.”

The pattern of behaviour would have serious detrimental effects on “personal, family, social, educational, occupational or other important areas of functioning” and typically go on for at least 12 months.

However, only a very small percentage of gamers are said to suffer from gaming disorder, ranging from 0.3 to three per cent.

“For me, no matter how much time I put in the game, it doesn’t feel like it changes the way I am as a person, and I think that all my friends [and] my family think the same too,” said Omran Shoura, a 20-year-old professional gamer from Toronto now living in Los Angeles.

Shoura left high school in 2016 when he was in Grade 12 to pursue a gaming career. Known as Viper on screen, he spends six to eight hours each day doing strategy training with four teammates for League of Legends, the most-played PC game in the world.

While research about video games has been growing, esports, or competitive gaming, has continued to gain popularity. By 2020, esports will be worth $1.5 billion US, according to an industry report.

St. Clair College was the first Canadian post-secondary institution to have a varsity esports team.

“There are people who are severely affected by [gaming disorder], but it’s a very small problem that really doesn’t impact us in any meaningful way, just because we have a system set up to have a proper influence on players and coaches,” said Sten Dragoti, co-founder of the Saints Gaming program at St. Clair College. 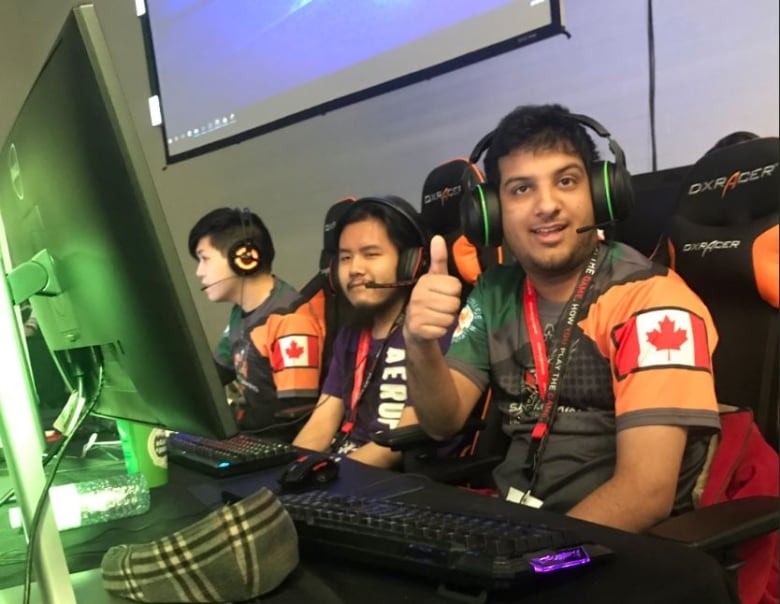 Some of the members on the St. Clair College Esports team. (Saints Gaming/Twitter )

Players must meet a minimum grade point average and participate in recreational activities outside of gaming where they can bond with their coaches.

“Our program isn’t just about gaming,” Dragoti said. “Our coaches focus on the players a lot.”

Like Dragoti, Raymond Chen, president of University of Toronto esports, acknowledges there are “really extreme cases where people’s’ lives just get taken over [by gaming.]”

When Chen read the definition laid out by the WHO, he felt the definition could describe him very well. However, he said, “I more or less took it off as a joke, because I myself feel rather confident that I’m not really affected by gaming as much as they may make it seem.”

“The members of our esports teams are aware of the balance that needs to be kept with the video games and our normal lives, and I think it’s also taken into [consideration] by the organizations and leagues that host the collegiate competitions,” Chen added.

Gaming as a social space

For Chen, one of the main reasons games can draw people in for hours at a time is the social element of gaming.

“For a lot of people it is a legitimate social interaction, especially in a culture that is progressing everyone to be more digital,” Chen, who added that gaming is also a way to escape the stresses of university.

Dr. Matthieu Guitton, a professor at the faculty of medicine at Université Laval and editor-in-chief of the journal Computers in Human Behavior, says people are spending time on massively multiplayer online role playing games (MMORPGs) that offer the opportunity to build strong social ties with other players and be rewarded for success within games.

“It is what makes them so interesting, but it is also an important factor of why they can become addictive,” Guitton said.

Successes such as character levels, quality of equipment and avatar for example are displayed to other players.

“Online games provide ready answers to fulfil the three fundamental psychological needs of people: the need for achievement, the need for affiliation, and the need for power,” Guitton said.

“Thus, it is easy to feel that your time spent playing is more rewarding — and more meaningful — than other activities.”

For people who feel they’ve become addicted to online games, resources are available such as CAMH’s treatment program.

Dr. Nigel Turner, an independent scientist at the Institute for Mental Health Policy Research at CAMH, says gaming disorder is a problem that needs further research.

Turner, who is also an assistant professor in the Dalla Lana School of Public Health at the University of Toronto, is concerned that defining gaming disorder is perhaps premature, given what science does not know. He was a signatory on a paper submitted to the WHO entitled “A weak scientific basis for gaming disorder: Let us err on the side of caution.” 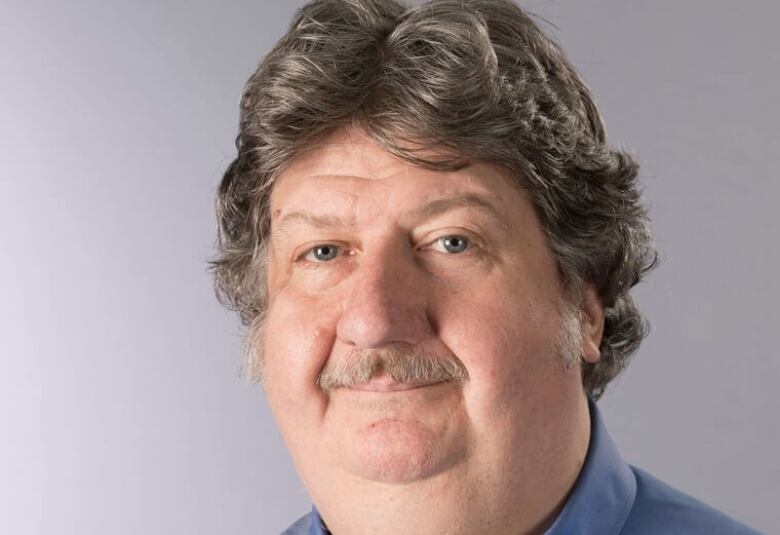 “There is so much we don’t know, including the cut off for severe problems, the prevalence of the disorder, its addictive liability (risk of having a problem is you engage in the behaviour), the relationship of video gaming problems to other technology overuse, best approaches to treatment, and the impact of loot boxes,” Turner said.

Unlike the WHO, the American Psychiatric Association hasn’t yet deemed gaming disorder to be a new mental health problem.

In a 2013 statement, the association said it’s “a condition warranting more clinical research and experience before it might be considered for inclusion” in its own diagnostic manual.

“My caution is that we shouldn’t be too quick to label people who play games a lot as having an addiction problem,” Turner said. “We don’t know how common it is yet … I think that’s something the researchers need to work on.”