Home / Uncategorized / Do wireless customers have a right to paper bills? Telus’s Koodo says no

Do wireless customers have a right to paper bills? Telus’s Koodo says no

It’s a battle of tradition versus innovation: Consumer advocacy groups are taking aim at Koodo for its decision to stop offering wireless customers the option of receiving a monthly paper bill.

“It was really not nice,” said 77-year-old Janette Little-Gallian, who lives in Berwick, N.S., and requires a cellphone so she can text her 83-year-old deaf cousin.

Little-Gallian says she has always received her Koodo bill in the mail because she’s uncomfortable with electronic billing. “I’m sure the majority of old people like myself prefer to get that monthly [paper] statement. Most of us don’t do a whole lot online.” 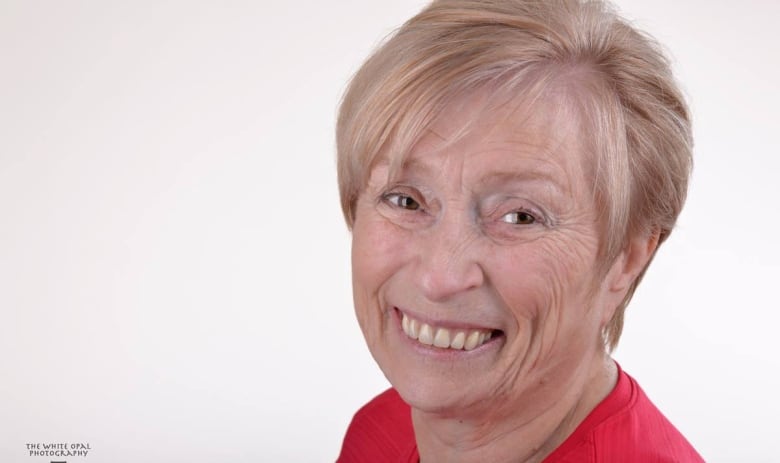 Janette Little-Gallian of Berwick, N.S., switched wireless providers after learning that Koodo will no longer send her paper bills. (The White Opal Photography)

They argue that, even in the digital era, many Canadians, including seniors and low-income earners with no home internet, often require or prefer paper bills.

“It’s their right,” said Trish McAuliffe, interim president of NPF, which represents one million seniors and retirees across Canada.

Both groups are concerned other carriers could follow suit if Koodo — which is owned by Telus — is allowed to eliminate paper bills.

“They just quietly try to do it one at a time, and then the next thing you know, no one’s getting paper billing,” said McAuliffe.

Koodo is shifting entirely to e-bills due to “advancements in digital adoption” and its “ongoing efforts to support the environment,” Telus spokesperson Sacha Gudmundsson wrote in an email.

She said the carrier is committed to accessible services, and that visually impaired customers will still have other options, including bills written in braille.

Is there a law or not?

In their complaint, PIAC and NPF also argue the right to receive paper bills — at no charge — is at the heart of federal legislation passed in 2014.

Previously, many telecoms charged customers a fee for paper bills. Following a rash of complaints, the government passed a law mandating they couldn’t charge for the service.

But Koodo argues that doesn’t mean telecoms are obliged to offer paper billing. In a recent online Koodo forum that included a complaint from a senior who said she has trouble with e-bills, an employee wrote: “There is no legislation requiring any company [in] Canada to provide [a] paper bill.”

In a Koodo online community forum, an employee told customers they don’t have a legal right to receive paper bills. (Koodo)

PIAC executive director John Lawford says Koodo is defying the spirit of the legislation. “Why was it put there? Well, because Parliament wanted people to get paper bills — with no charge.”

PIAC and NPF are asking the CRTC to clarify whether wireless providers must offer paper bills as an option. If the regulator concludes the answer is no, they want the CRTC to revise the rules to guarantee the service.

“Perhaps some day there will be an all [electronic] service, but I think it’s only fair to customers to give them what they want until they fully make that transition,” Lawford said.

Little-Gallian says she asked Koodo if she could continue receiving paper bills if she paid for the service, but was turned down. She responded by switching providers. “I said, ‘OK then, we’re done.'”

“They didn’t care about what customers wanted. They just went behind our back and just did it,” said Moore, who lives in Kitchener, Ont. “I felt betrayed and upset.” 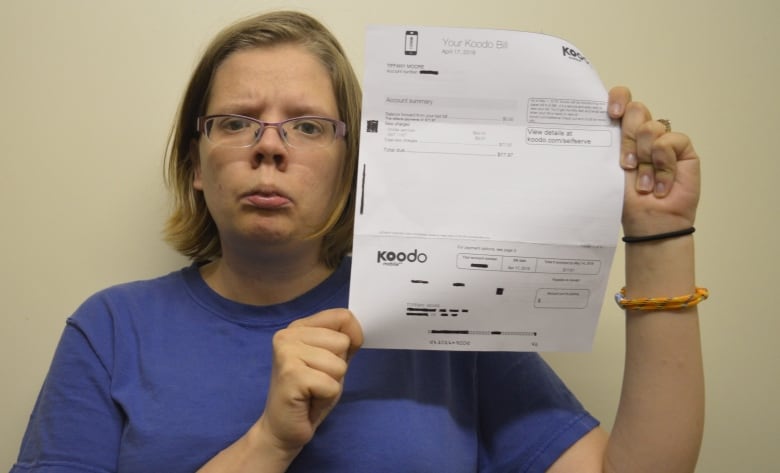 Koodo customer Tiffany Moore of Kitchener, Ont., has a learning disability and finds it easier to receive her phone bill by mail — a service Koodo no longer provides. (Joshua Moore)

Rogers and Bell both said they continue to offer paper billing — free of charge — including for their discount brands, Fido and Virgin, respectively. Telus also still provides the service for its main brand.

The public can comment on PIAC and NPF’s complaint until July 6.