A robotic geologist armed with a hammer and quake monitor rocketed toward Mars on Saturday, aiming to land on the red planet and explore its mysterious insides.

In a twist, NASA launched the Mars InSight lander from California rather than Florida’s Cape Canaveral. It was the first interplanetary mission ever to depart from the West Coast, drawing pre-dawn crowds to Vandenberg Air Force Base and rocket watchers down the California coast into Baja.

The spacecraft will take more than six months to get to Mars and start its unprecedented geologic excavations, travelling 485 million kilometres (300 million miles) to get there.

InSight will dig deeper into Mars than ever before — nearly 16 feet, or five metres — to take the planet’s temperature. It will also attempt to make the first measurements of marsquakes, using a high-tech seismometer placed directly on the Martian surface.

Also aboard the Atlas V rocket: a pair of mini satellites, or CubeSats, meant to trail InSight all the way to Mars in a first-of-its-kind technology demonstration.

The $1- billion mission involves scientists from the U.S., France, Germany and elsewhere in Europe.

“I can’t describe to you in words how very excited I am … to go off to Mars,” said project manager Tom Hoffman from NASA’s Jet Propulsion Laboratory in Pasadena, California. “It’s going to be awesome.”

NASA hasn’t put a spacecraft down on Mars since the Curiosity rover in 2012. The U.S. is the only country to successfully land and operate a spacecraft at Mars. It’s tough, complicated stuff. Only about 40 per cent of all missions to Mars from all countries — orbiters and landers alike — have proven successful over the decades. 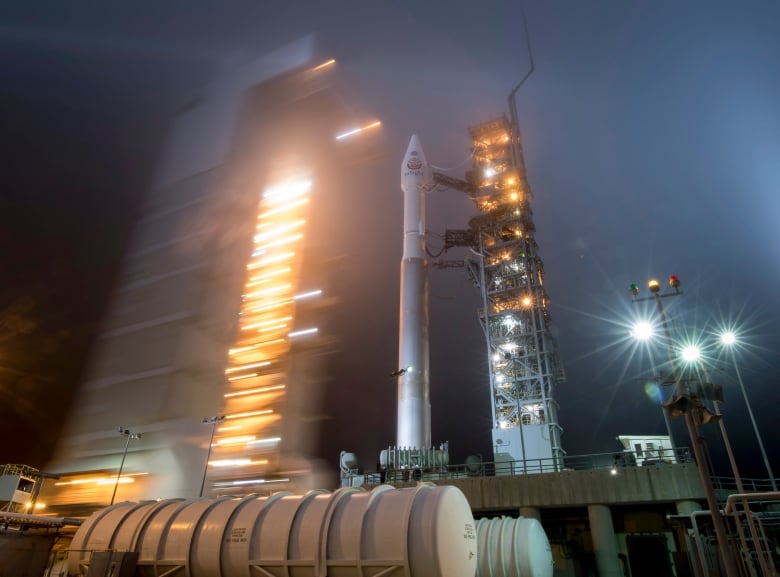 The United Launch Alliance (ULA) Atlas-V rocket with NASA’s InSight spacecraft onboard is seen just before liftoff from Vandenberg Air Force Base in California. (Bill Ingalls/NASA via AP)

If all goes well, the three-legged InSight will descend by parachute and engine firings onto a flat equatorial region of Mars — believed to be free of big, potentially dangerous rocks — on Nov. 26. Once down, it will stay put, using a mechanical arm to place the science instruments on the surface.

“This mission will probe the interior of another terrestrial planet, giving us an idea of the size of the core, the mantle, the crust and our ability then to compare that with the Earth,” said NASA’s chief scientist Jim Green. “This is of fundamental importance to understand the origin of our solar system and how it became the way it is today.”

InSight’s chief scientist, Bruce Banerdt of JPL, said Mars is ideal for learning how the rocky planets of our solar system formed 4.5 billion years ago. Unlike our active Earth, Mars hasn’t been transformed by plate tectonics and other processes, he noted. 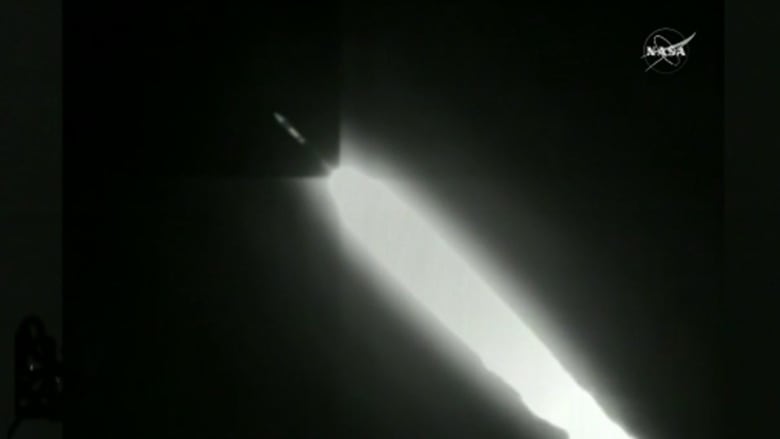 A powerful Atlas 5 rocket blasted off early Saturday from Vandenberg Air Force Base in California, carrying to Mars the first robotic NASA lander designed entirely for exploring the deep interior of the red planet. (NASA)

Over the course of two Earth years — or one Martian year — scientists expect InSight’s three main experiments to provide a true 3-D image of Mars.

The lander is equipped with a seismometer for measuring marsquakes, a self-hammering probe for burrowing beneath the surface, and a radio system for tracking the spacecraft’s position and planet’s wobbly rotation, thereby revealing the size and composition of Mars’ core.

“InSight, for seismologists, will really be a piece of history, a new page of history,” said the Paris Institute of Earth Physics’ Philippe Lognonne, lead scientist of the InSight seismometer.

Problems with the French-supplied seismometer kept InSight from launching two years ago. California was always part of the plan.

NASA normally launches from Cape Canaveral, but decided to switch to California for InSight to take advantage of a shorter flight backlog. This was the first U.S. interplanetary mission to launch from somewhere other than Cape Canaveral.