A group of students at Dalhousie University in Halifax is helping a North Korean defector strike at the heart of Kim Jong-un’s regime — not with weapons, but with the truth.

The campaign is called Flash Drives for Freedom, and the drives can contain Western media, South Korean TV shows or any other message that normally wouldn’t reach a people who live without internet or any other contact to the outside world.

It’s estimated that as many as half of North Korean households have devices that can be used to view the material stored on the drives. 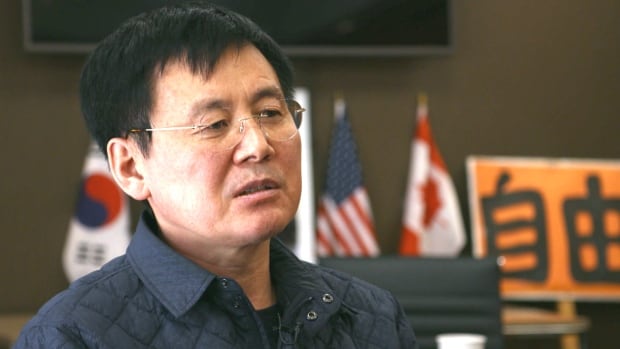 Jung Gwang-il, a North Korean defector who was tortured and starved for three years in a prison camp, was in Canada pleading for help for his home country. (CBC)

Hidden in bottles of rice tossed into the sea near North Korea, the drives from Dalhousie show how a typical Canadian spends his or her day: grocery shopping, meeting a friend for coffee, attending a hockey game.

“Basically we’re just trying to show what an average student in Halifax would do in their everyday life where you’re free to go out to the gym, the library, wherever you like,” student Kaitlyn Meagher explained.

The simple videos don’t look like a threat to a totalitarian regime, but Dalhousie hopes they are a small, possibly mighty weapon of hope for people in a country who have never known basic freedoms.

‘There’s a lot of dissent’

“Kim Jong-un might appear to be tough, might be able to appear to truly intimidate the world,” said Robert Huish, professor of international development studies, who has known Jung for four years.

“But inside when you are trying to manage a country of 26 million people who are subsisting on under 1,000 calories a day, there’s a lot of dissent.”

Accused of being a South Korean spy, Jung was tortured and starved for three years in a prison camp. After his eventual release, he fled the country by swimming across the Tumen River to China.

Now he tours the world, telling his story and encouraging others to join efforts to pump data into the so-called hermit kingdom.

He was in Canada recently pleading for help for his home country, though his trip was cut short because he was invited to meet U.S. President Donald Trump at the White House. (He has plans to return.) 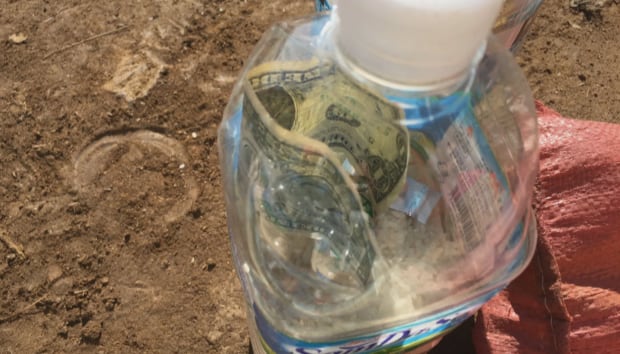 The USB drives are hidden in rice-filled plastic bottles, which are thrown into the ocean from South Korea when the tides are just right. A bit of American money is added for good measure. (CBC)

“My goal is to enlighten people in North Korea so that they can acquire the ability to bring down the regime,” he told CBC News, through a translator. “I want to see the prison camp destroyed. I want to see that in my lifetime.”

Jung said USB drives have power, even against a regime that has nuclear weapons.

‘Their dictatorship is disarmed’

“Nuclear weapons are made by people,” he said. “And if we can change the [thinking] of those people who make nuclear weapons, it would be revolutionary… What the regime fears most is the truth. And if the truth, outside information, is funnelled into North Korea by way of USB, their dictatorship is disarmed.”

Student Anya Kapustianyk, who edits the videos, believes the images will be eye-opening. 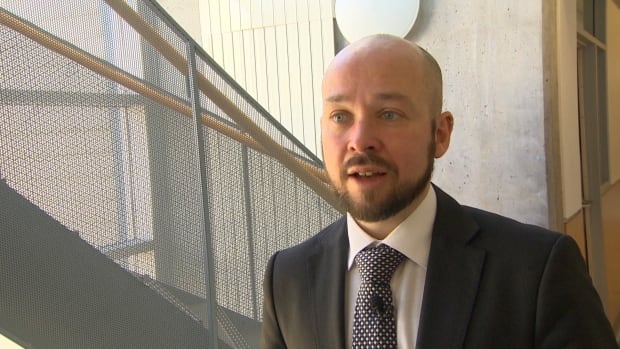 He said they do it for two reasons.

“One is that the distribution of rice is something that is to their advantage, right? Food is scarce inside North Korea but also most people in North Korea do question legitimacy of the government. And so, to have access to this media inside North Korea is tremendously powerful.”

Dalhousie’s initiative was the subject of a class lesson, but the students want to continue to collect USB drives until the end of the school year. 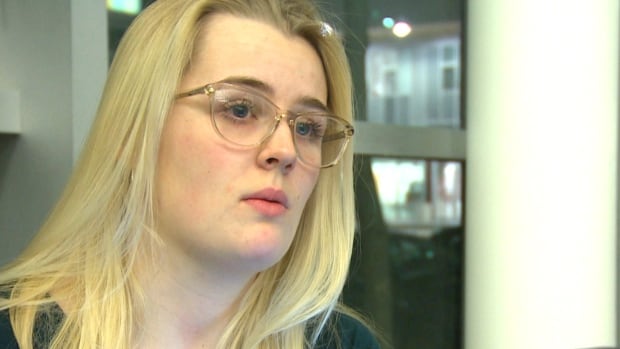